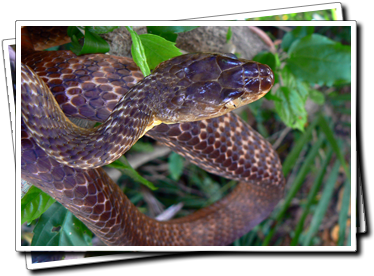 Conjecture surrounds the toxicity of this species with most authorities regarding it as a minimal risk to all but young children.

Occupies a wide range of habitats from rainforest, wet and dry forests, woodland, heathland, melaleuca swamps and rocky outcrops, through to suburban backyards and gardens. Nocturnal, generally shelters during the day.

Birds and their eggs, and small mammals. Some frogs and reptiles.

Skilled climber and is often found in the heavy foliage of trees and shrubs, in roofs, rafters and other above-ground environs. Commonly encountered when exploiting caged birds for an easy meal.